This is a time when Canada must harness its community-driven resilience. We’re asking you to share examples of how Canadian communities are responding to the crisis with creativity and imagination. Collective problem-solving and collaboration will be instrumental in how Canada mitigates the local impacts of COVID-19 and creates on-the-ground solutions.

WFDT has provided our drivers with sanitizer, and the debit machines are being cleaned between every delivery. Contactless delivery & payment via e-transfer is also available upon request.

The web portal will be a one-stop site for businesses to get the latest information on government updates, relief packages and services offered by the City.

This local resource includes a list of London retailers with online stores, a pledge for residents to sign onto to do one activity a day to help a local London business, and ecommerce advice.

The idea is to promote services and products that local small businesses can continue to offer in alternative and safe ways, while extending a helping hand to the community in the COVID-19 era. So far, offers have included everything from reduced rates for dog walking to free mental health counselling, to complimentary front porch delivery of biscotti.

Canadian tech companies are pitching in during COVID-19

Businesses are taking steps to help flatten the curve and support customers through new products, services, and free offerings. This link outlines what Canadian tech companies are offering during the outbreak.

Ten “Community Positivity Ambassadors” have been appointed and tasked with spreading positivity by using social media to share stories of “Newmarket’s bright side” and perseverance.

Cyber-Seniors’ mission is to bridge the digital divide and connect generations through technology through resources that enable community organizations to provide tech-training for senior citizens through a youth volunteer model. Youth are trained to act as digital mentors, and senior citizens gain access to effective technology training and intergenerational communities that keep them socially connected and engaged.

Public transit news and resources for transit providers and riders

CUTA – the Canadian Urban Transit Association – is providing current news, information and resources for transit providers and riders, along with advice for business continuity.

Established by the Toronto Arts Foundation and the Toronto Arts Council, this fund provides up to $1,000 in emergency relief for artists who are self employed and not eligible for EI through any other employer or any other bridge funding. The fund is open to artists who can demonstrate lost income due to cancellation of events, programs, workshops, classes, etc.

The Ending Violence Canada association website provides links by province for those who are in danger. Crisis supports and programs are developed in partnership with organizations across the country.

Sanitizer distributed to businesses for use by customers

Time to Talk–Uncovering Youth Experiences, a Scarborough-based youth organization launched the Hearty Food Initiative, an effort to address food insecurity at the grassroots and community levels, and support the youngest members of the community and their families during the outbreak.

The April 2nd #ImpactCOVID virtual youth summit is a platform for youth to share how this ongoing crisis is impacting them and how the youth workforce development sector can better support them during this time.

Four streets have limited motor vehicle traffic to just one block throughout the designated area and are normally in place only on Sundays from June to September.

Calgary to reduce lanes on some roads to help walkers, cyclists keep their distance during COVID-19 pandemic

The group put out a series of designs showing how certain Calgary corridors could be temporarily redesigned to accommodate more foot traffic at a time when physical distancing is critical to stop the spread of COVID-19.

Bag Half Full was started by University of Alberta medical students and is expanding, most recently to UBC Victoria. Services include shopping and delivering groceries and household items for the elderly and people who are immunocompromised.

Homelessness and pandemic planning for youth and others in Canada

The Homeless Hub – an observatory on homelessness in Canada – provides a vast array of resources and current information for priority at-risk populations.

With public health experts and government officials urging Canadians to stay at home much as possible, the teddy bear hunt offers families an activity to do together at home, on a walk or in their car

A local LGBTQ+ bar in Kelowna is having B.C. drag queens deliver food and wine right to your door. By changing the business model and keeping employees safe the restaurant is offering delivery service, but with a twist.

Public washrooms for the most vulnerable

The decision to provide portable washroom facilities is to ensure access to bathrooms for vulnerable populations, who may otherwise not have them, given all of the businesses being shuttered. It’s also for other residents.

Public washrooms for unsheltered persons considered an essential service in BC

We want to hear from you on what’s working, what’s not and what’s next in your community.

Send us your initiative contributions here. 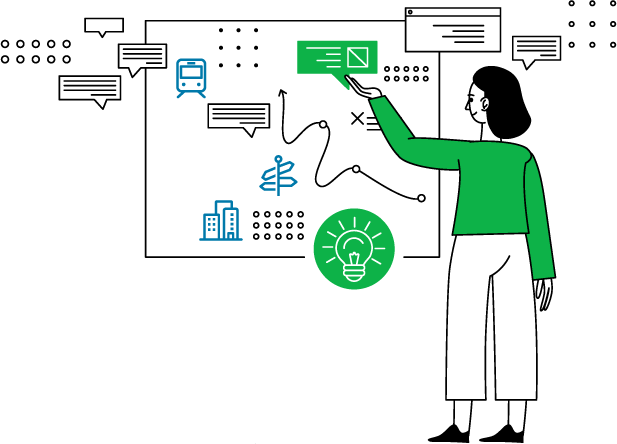